A quick trip to Playa Del Carmen was the perfect “first time travelers” type of trip for us. Staying at an inclusive resort helped us keep the cost to a minimum, and I felt a lot safer knowing that we were in a resort. Don’t let this picture of Coleman fool you, we were still able to explore and have our adventures. It wasn’t laying on the beach the whole time! 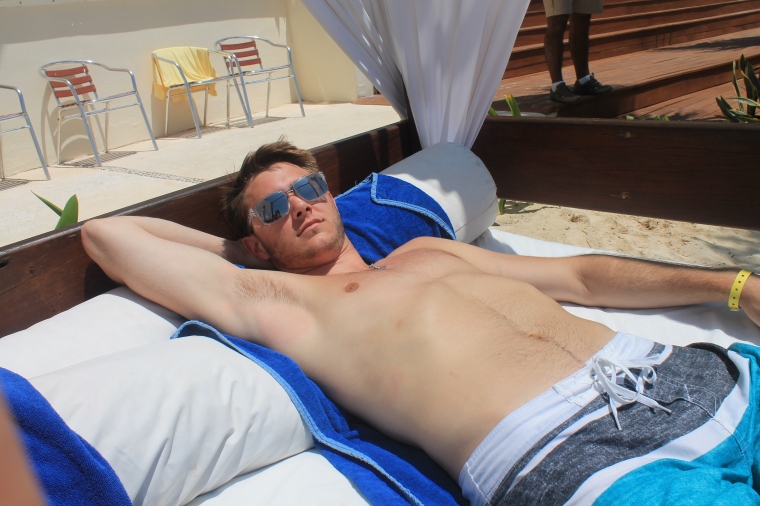 Outside of Playa Del Carmen is a down town area that’s about a 10 minute cab ride and not that far from the resort. Street performances are pretty common and Coleman and I witnessed an interesting one for the books. It’s a bit hard to tell from the pictures, but these performers are sitting on posts incredibly high off the ground. They sing songs and play unusual instruments. We weren’t quite sure what they were. The only thing we kept thinking was “holy hell, that’s a huge fall.” 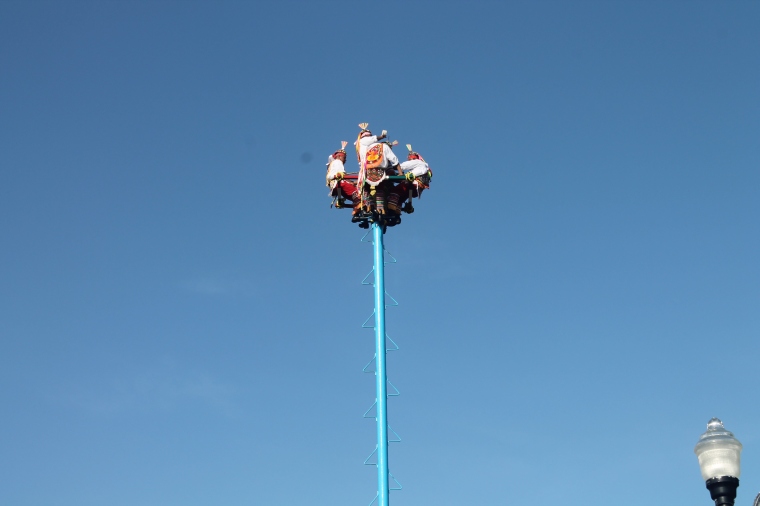 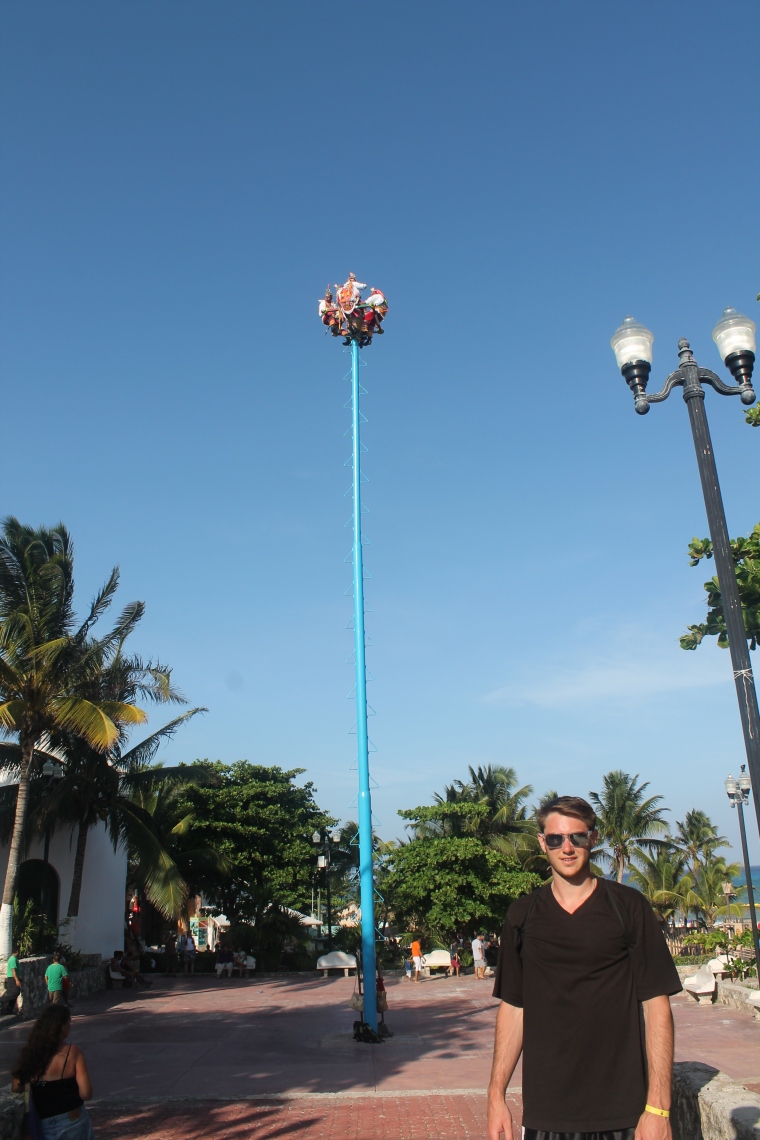 Playa Del Carmen is on the Caribbean and the water is much warmer than the water I’m used to in Hawaii (obviously). Boat tours are also pretty common due to the heavy tourist attraction. Majority of the beach is populated with resorts. 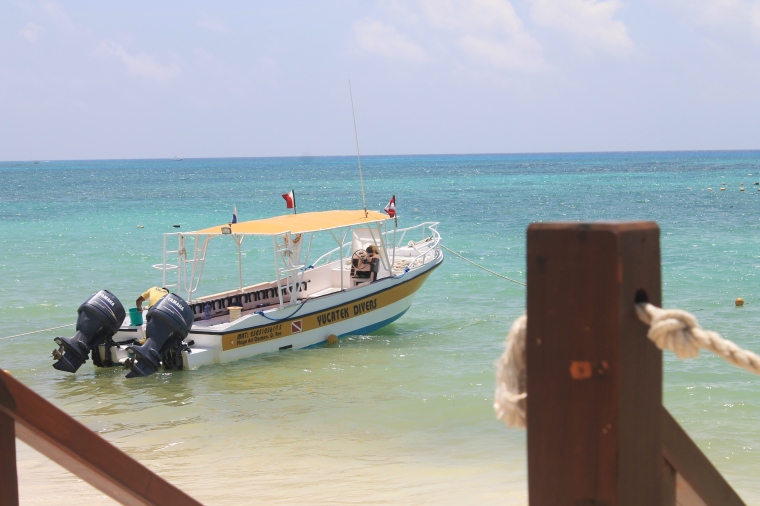 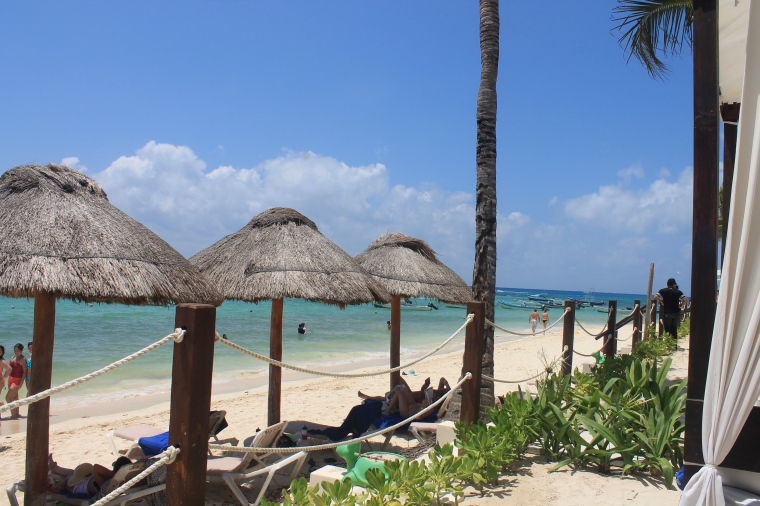 This was our view right outside our room.

If you ever get the opportunity to venture off like we did, get a tour through ruins and make a trip out to see Chichen Itza! It was about a three hour drive from our hotel, but we were able to bargain with a cab driver for the day. That’s def. one thing you don’t really get to do in the U.S.

Chichén Itzá is a world-famous complex of Mayan ruins on Mexico’s Yucatán Peninsula. A massive step pyramid known as El Castillo dominates the 6.5-sq.-km. ancient city, which thrived from around 600 A.D. to the 1200s. Graphic stone carvings survive at structures like the ball court, Temple of the Warriors and the Wall of the Skulls. Nightly sound-and-light shows illuminate the buildings’ sophisticated geometry. 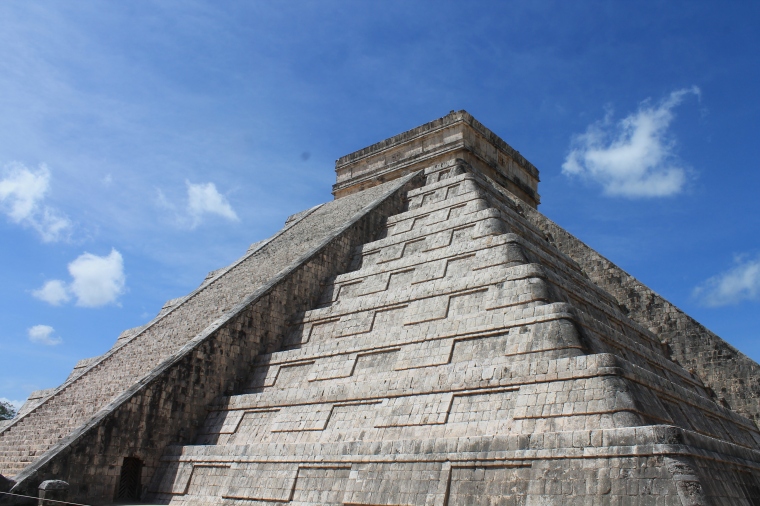 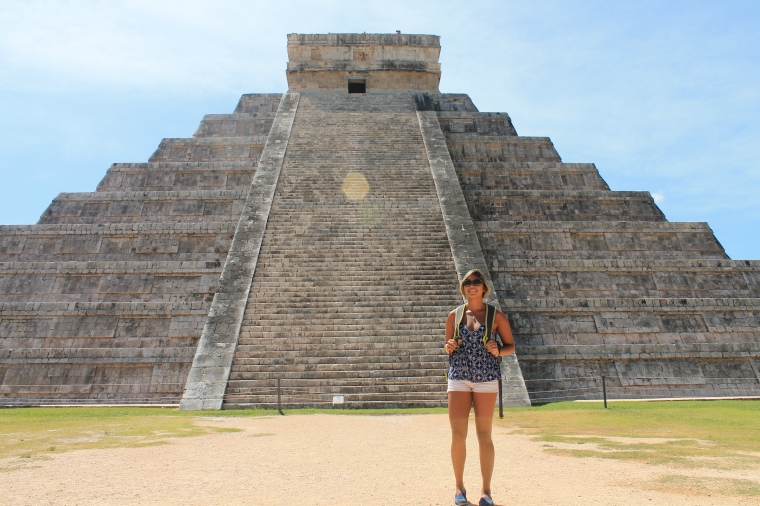 When we were wandering Mayan ruins, we found Iguanas everywhere and anywhere. These fellas are quite big and very territorial! They are in general harmless if you leave them alone, but I couldn’t help but take loads of pictures of them! They were crawling everywhere! Iguanas were also considered a delicacy for their “meaty” tails.

I wish Coleman had properly charged his GoPro, so you could see the underwater images from our swim in this crystal blue cenote. A cenote is a natural pit, or sinkhole, resulting from the collapse of limestone bedrock that exposes groundwater underneath. This is typically what they look like. This is an image I found that sort of looks like the cenote Coleman and I swam in in Tulum. I’ll upload those images when I find them.  The water stays so crystal clear and blue!

Some cenote’s can be extremely dangerous if you are not an experience diver. Depth and pressure under these caves can vary and there are rules and regulations for each cenote. The cenote Coleman and I swam in was also used for Discovery Channel to do their research.  Sometimes Coleman and I would see scuba divers beneath us.