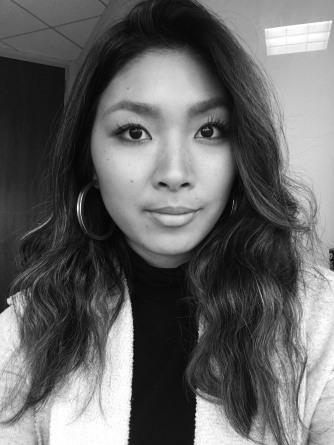 My name is Courtney and many moons ago I left my home in Hawaii to pursue a college education.

I am of Filipino and Japanese descent and both of my parents made incredible sacrifices for me to embark such a beautiful journey. My mom is a third generation Japanese American, whose mom (my grandma) was a Japanese/English translator during the start of WWII- an Era in Hawaii where it was no longer safe to be Japanese American.

My dad is a second generation Filipino American whose parents came to Hawaii to escape corruption in the Philipines. Hawaii had many job opportunities at the time. It was an island that became US territory and over the years, a tourist attraction that offered locals job opportunities. At the start of O’ahu’s industrialization “phase” (what I call it any way), construction workers were needed to lay concrete on Hawaii’s first strip mall known as Ala Moana. Today it is now the largest upscale mall and condominium complex in all of the Hawaiian islands. My Grandpa George and Grandma Carmen came to Oahu to find work and Grandpa George became a worker of the state to help build and construct the foundation for Ala Moana.

My grandparents on my mother’s side were raised in Hawaii, but their ancestors came to Hawaii to work in the sugar cane plantations in Maui, which they had to tend to after school as well.

My Grandma Aiko, (from my mom’s side) taught sewing lessons in their family home. My Grandpa Yukio worked in the sugar cane plantations for a long time, until he was able to save up enough money to eventually buy and own his own fish market. This fish market became an extremely popular and successful hub among the Kihe community and to this day, it is recognized as one of the most successful family owned markets among the local “old timers.” Noda Market was a treasured gem upon the community and it was my family’s legacy.

I take pride in my family heritage and I take a great deal of pride growing up in Hawai’i as most Hawaiians and Hawaii locals do. We are loyal beings, deeply rooted in our culture and everything I do is a tribute to the ancestors who came before me. Coconuts in the Bay is a blog on my journey outside of Hawaii. In every city, state and country, I will always remember who I am and where I came from.

I’m inspired by nature, architecture, and people.  You can usually find me in the sand chasing down a volleyball, or out in the world chasing light with my camera.

I don’t know about you but it’s been raining 🌧 in San Diego. Time to stay warm with some coffee and bundle up in my office. Moving to a brand new city during this time has been scary, but we’re here nonetheless, still thriving. I hope your #quarantine is bringing you some new perspective. 🌸
Been with these two for as long as I can remember. When we say we’re like family, we really mean it. Honestly, this is the first time since we’ve come into each other’s lives that we’ll be this far apart, but I know the three of us carry a part of each other wherever we go. Aloha Bay Area, and all the wonderful people living in it, these two especially. #onemoreweek #sandiego #grateful #ohana
Life update: new job, new city. Coleman and I are officially moving to San Diego in two weeks! This whole transition has been a crashing wave, and I’m so excited to be riding this out with my amazing partner........ tons of emotions to process, tons of updates. I haven’t written on the blog in exactly one year to date. I’m surfacing up for air, so if you’re a fellow reader, stay tuned and you can hear all about our move, and the lessons I’ve learned along the way. Anyone up for some DIY rental friendly apartment makeovers? 👋🏼 Also, if you’re in the Bay, this weekend is your last chance to take my sculpt class! #sandiego #coconutsinthebay #corepoweryoga
Chia seed pudding might be my new dessert obsession. #suescooking #plantbased
Floating head
Happy New Year! Cheers to many more years of me trying to get Coleman to take a nice picture and failing. #candid #goofball #hehatesselfies
Caught in the snow ❄️. A white Xmas is definitely something to see but def stoked to get back to palm trees, the ocean, and ☀️ sunshine.
A wedding and a birthday!
More than love. More than enough.
Post surf sesh brews. First time paddling out today and had a blast thanks to these two. Mahalo V and Branden! #humblesea #cowells
Taking it back to one of our fave camping memories two years ago with a group of my fave people. @ccoxrake forever my adventurer and exploration partner. PC @annajferris